Get fresh music recommendations delivered to your inbox every Friday.
We've updated our Terms of Use. You can review the changes here.

All on the First Day 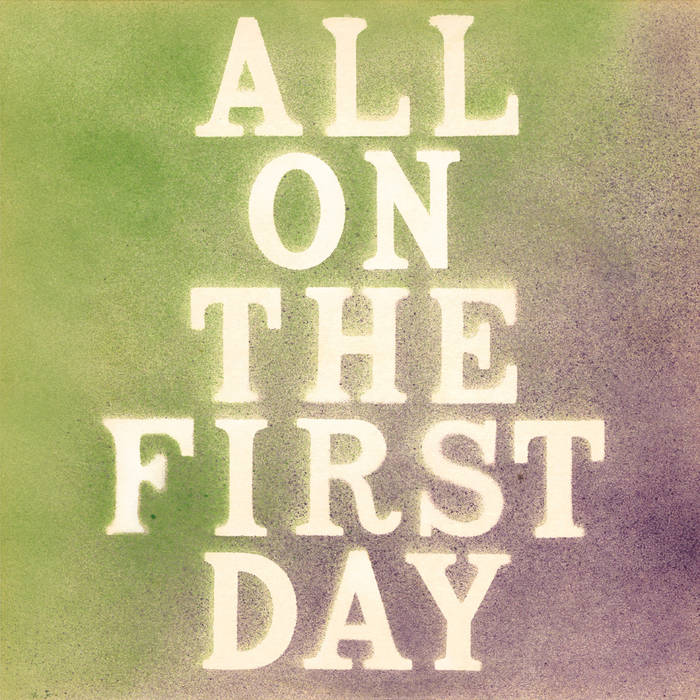 Although they’ve achieved much of it in recent years, it was never for appreciation that Tony, Caro, and John came to record »All On The First Day«. The group instead formed serendipitously in the early 1970s through musical appreciation, DIY sensibilities, and an ‘all goes’ mentality. It was here within the walls of the band that they were able to provide homecoming for a group of like-minded friends and cohorts during a rapidly changing cultural climate in London.

The first pressing of »All On The First Day« was a small run of 100 spray painted copies that one could only find in the small theaters and London flats in which the band performed. The album was self-produced, with group member John behind the board as the technical director to their eclectic and experimental songwriting approach. Tony & Caro’s voices are the leading hand through the group’s nomadic and shifting song-scape; singing tales of love, youth, and political confusion at a time when the very concept of personal identity was expanding beyond anything it had ever been in prior.

In Tony’s own words, written for the insert of Gaarden’s reissue of »All On The First Day«, “A lot has been written about the sixties and seventies as a social phenomenon, as a time of upheaval of values. However, at the time we had no idea that we were in some kind of historical transition. We were just being there. For all we knew, the eighties and nineties were going to be equally radical, or maybe there was not going to be any eighties and nineties at all.”

While contemporaries such as The Incredible String Band, The Pentangle, and Pearls Before Swine were garnering international recognition and categorization at that time; T, C, & J evaded being confined to any particular set of expectations or aesthetics. Their songs move fluidly between ballads, protest songs, experimental story-tellings, and free-flowing group jams. Once approached by a label to release their music on a larger scale, they refused due to the labels suggestions for them to move in a specific direction with their music. The ethics and approach of the group pre-dates the DIY & punk ethos of the late 70s, 80s, and 90s yet hits a similar nerve. Tony has even stated that “If we had been starting at the time we would probably have produced “punk folk” instead of “psych folk”.

It’s not surprising that many years after »All On The First Day« made its journey into the underground a group such as Beach House, which was also formed within a DIY community ethos, covered “Snowdon Song”, renaming it “Lovelier Girl” and placing it as a centerpiece on their self-titled album. This gesture is a testament to the longevity and relevance of the songs produced by Tony, Caro, and John over 40 years ago. »All On The First Day« has become a cult-classic; a flagship for any group who want to come together to create a sonic habitat.

Tapete Records is an indie label based in Hamburg, Germany. We've been releasing music since 2002 and have a pretty neat roster of bands and artists including many local stuff as well as bands/artists from the U.S., the UK, Scandinavia, Austria and some more. ... more

Bandcamp Daily  your guide to the world of Bandcamp

Quelle Chris joins the show to discuss his most recent release, "DEATHFAME"